At first I have to say that the solid sprint was really awesome and it was really nice to meet all of the guys there. At the solid sprint we’ve discussed a lot of thing about plasma-nm and especially with Lamarque Souza, because he is a real master of KDE network management and he really helped us and gave us a lot of comments what we should improve. We also discussed my proposal for GSoC where my idea is to modify plasma-nm for Plasma Active.  During the solid sprint I started working on support of multiple devices of the same kind because I didn’t have opportunity to try our applet with two wireless cards until the solid sprint. Lukáš Tinkl added PIN dialog for unlocking modem devices and he improved bluetooth support. Our expert on QML in RedHat Daniel Vrátil helped me with the animation showing the details and now this animation is really smooth.  I think that’s enough of the news from the solid sprint but I have to say that this sprint was very beneficial for plasma-nm.

Now I would like to show you quick review what we have done in plasma-nm during the last month:

Finally we added support for storing your secrets into KWallet. All what you have to do for that is uncheck “All users may connect to this network” in the General tab in the connection editor. It means that this connection won’t be marked as system connection and secrets of this connection will be stored in KWallet. I can not forget to Daniel Nicoletti because he helped a lot with the KWallet support and with the secret agent. 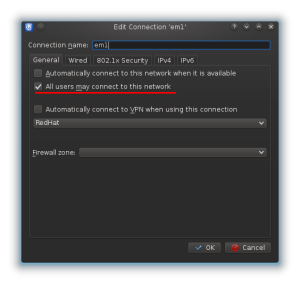 The second thing which a lot of you wanted in plasma-nm was traffic monitor. Well you’re welcome 🙂 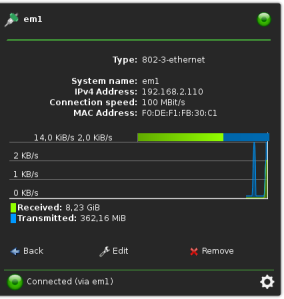 Well, we have only support for VPNC now (and the most of you maybe know why, because we use VPNC in RedHat), but it should be easy to implement the rest of vpn plugins 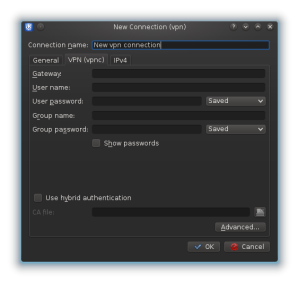 This settings was implemented very recently and I have to admit that I don’t like the GUI that I’ve created, but it’s the only solution for this setting I was able to make it work. Here you can specify what details you want to show for your connections. 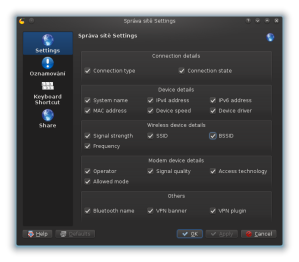 6) Distribution of available connections to the categories

7) And a lot of small improvements and bugfixes

If you want to try it you will have to compile libmm-qt [1], then libnm-qt [2] and then you can try to compile our plasma-nm [3]. But please note that this is not a stable version and some things might be broken or not work properly.

Here you can see the video uploaded ~2 weeks ago